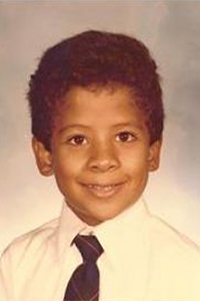 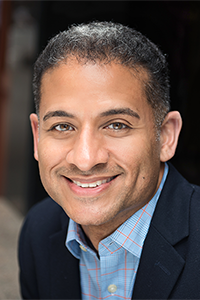 Ricardo has been a critical cog in the Smarty Pants machine since 2006.  He began his Smarty Pants career writing online surveys, overseeing quantitative fieldwork and authoring research reports, and now serves as the company's Insights Genius.  In short, he’s the guy who makes sure all online research and data is flawless.

A veteran with more than 16 years in the industry, Ricardo has managed research in countless industries across both the private and public sectors: from packaged goods to transportation to television.  A typical day for him might now include programming an infant care survey, tabbing action figure data, and executing a mobile study of Millennials… all while taking care of panelists’ needs.

Ricardo began his career working at a telephone research center in Philadelphia while earning his master’s at Temple University.  This was his first foray into the world of market research, and it gave him hands-on experience dealing directly with research respondents.

After receiving both his BA in Sociology from Syracuse University and his MA in Sociology from Temple, he began his first full-time position Market Facts (now Synovate). There he cut his teeth managing and implementing several types of data collection: central location testing, telephone surveys, mail surveys, and diary studies. He also began to learn more about what was an emerging methodology at the time: internet surveys.  After more than a decade, he is now a master of online and mobile studies.

Born and raised in the Bronx (where, yes, he was a Catholic altar boy), he now resides on Long Island with his wife and hilarious one-year-old daughter.  Still a kid at heart, you can find him on a handball court, playing Batman: Arkham Origins or doing karaoke when he’s not busy being a director of syndicated research or dad.